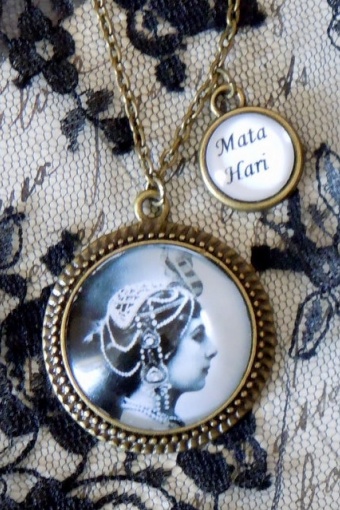 Mata Hari was originally a Dutch lady (born as Margeratha Zelle in 1876) who became famous in Paris by her exotic dancing and her ability to respond to the popular taste of her time. Her end is less romantic .... on October 15, 1917, she is executed for treason in France under charges of espionage for Germany during World War I.She is still famous, though no footage of her performances exist.. Only a remain of a handful of photographs. Source: Wikipedia